Book now
Discover the City of the Three Cultures, a historical legacy only one hour away from Madrid

Toledo is both La Mancha’s and Spain’s historical and cultural heart, former Spanish capital and still the religious seat of the Spanish catholic population. It is known as the city of three cultures due to the influence of its Islamic, Hebrew and Christian occupants that lived in the same town for centuries. Today, Toledo is a small regional capital, but such is its beauty and history, unusually well preserved by its sudden economic decline, which continued until the early 20th century, that the entire old city is a national monument and a Unesco World Heritage Site.

Behind its daunting medieval walls, while you are taken by your official guide in a labyrinth of winding pedestrian streets, you can find some of the most important historical landmarks of the country. In first position we find the Primate Cathedral of Saint Mary of Toledo, or simply called ‘the Toledo Cathedral’. This is a Roman Catholic church, standing proud in the historical center of Toledo, with an imposing structure (it is the third biggest cathedral in Europe) and a characteristic example of medieval Gothic architecture. In its interior, you may not only admire a unique collection of Greco paintings or one by Goya, but also the monstrance that still is carried out in procession once a year, the richness of the main chapel, the magnificent frescoes in the chapter room… everything is impressive in Toledo’s cathedral!

We will complete this trip with the visit to the Church of Santo Tomé, home to the internationally famous painting by El Greco, the Burial of the Count of Orgaz. 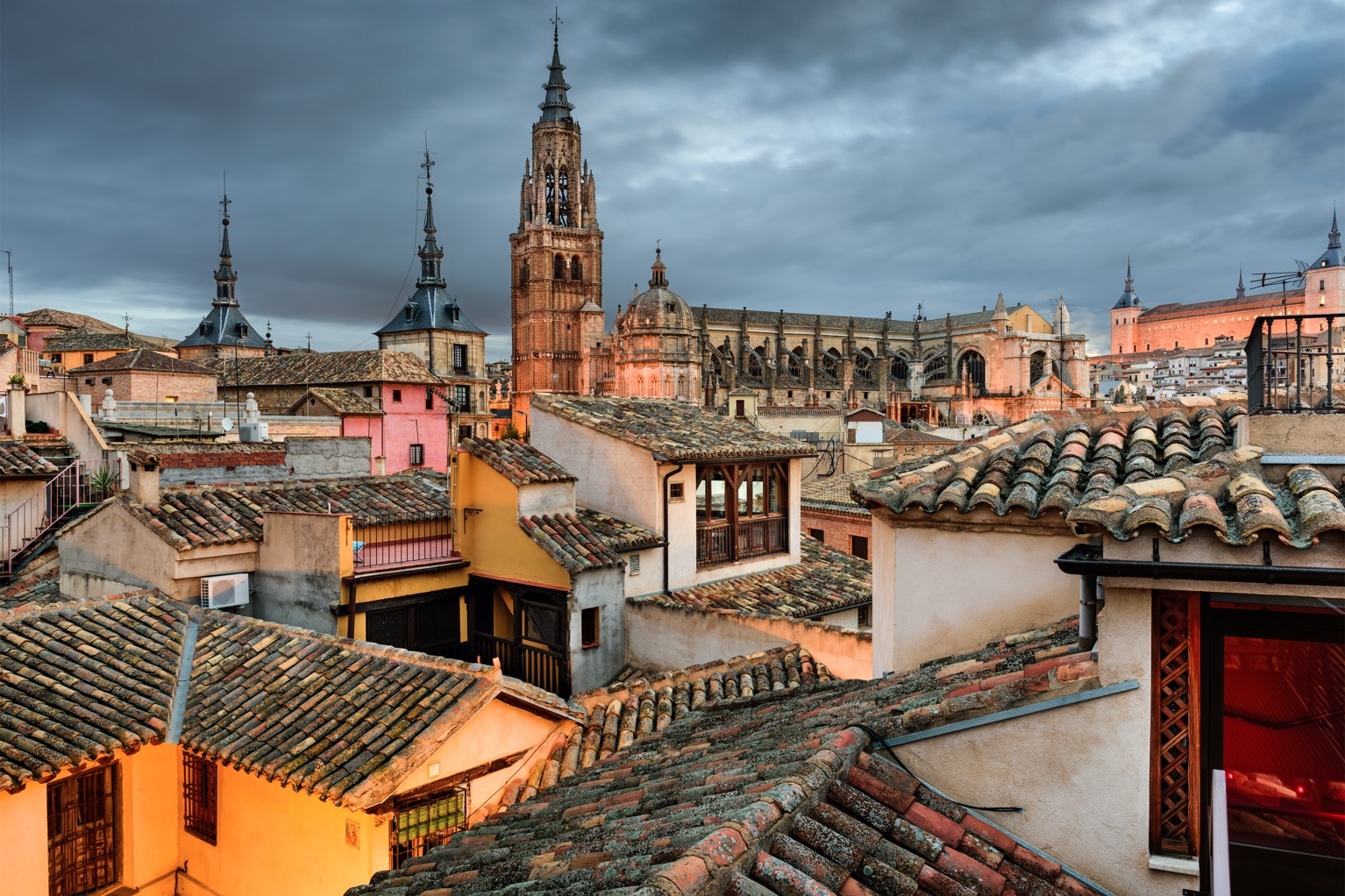 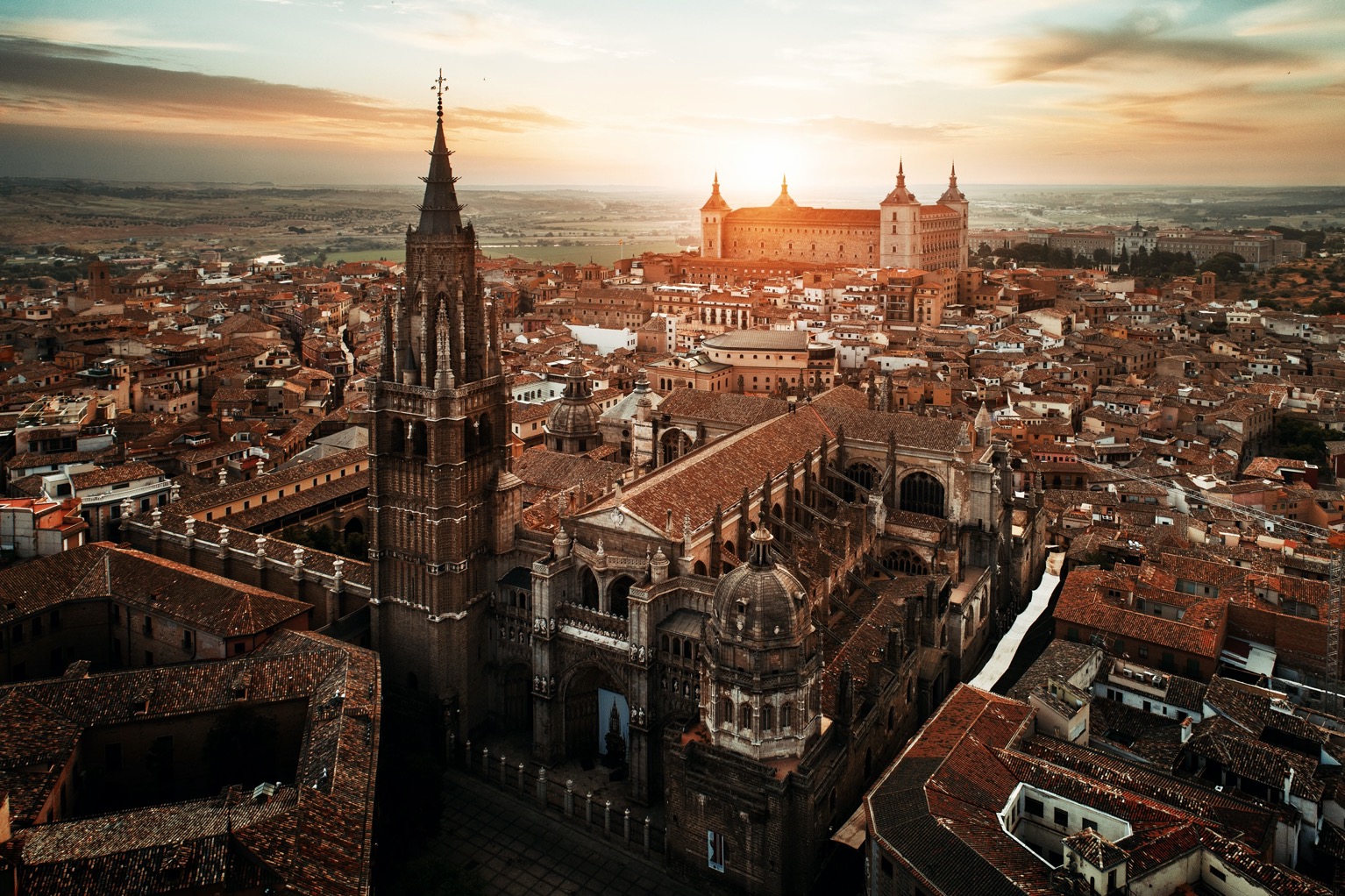 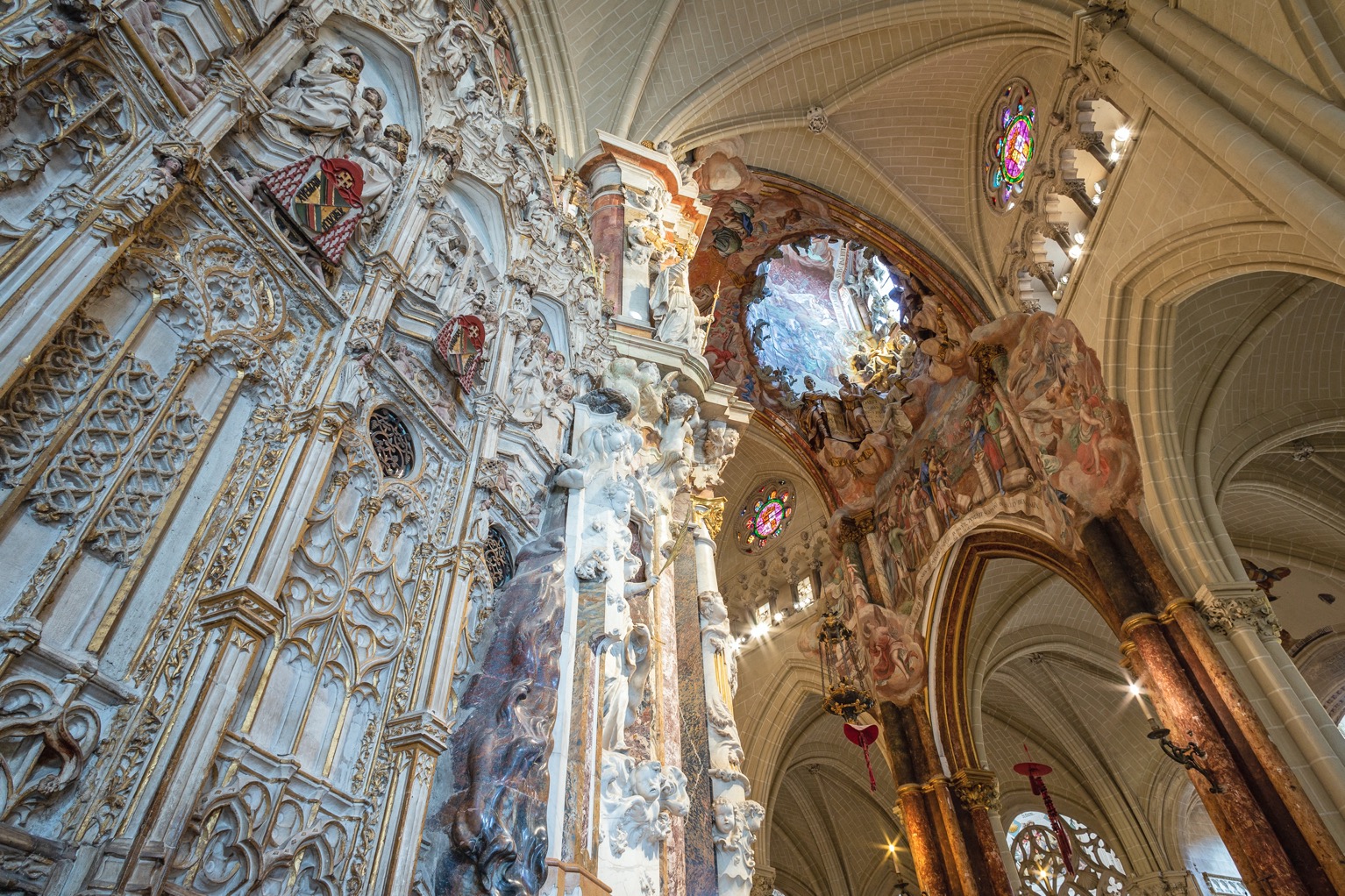 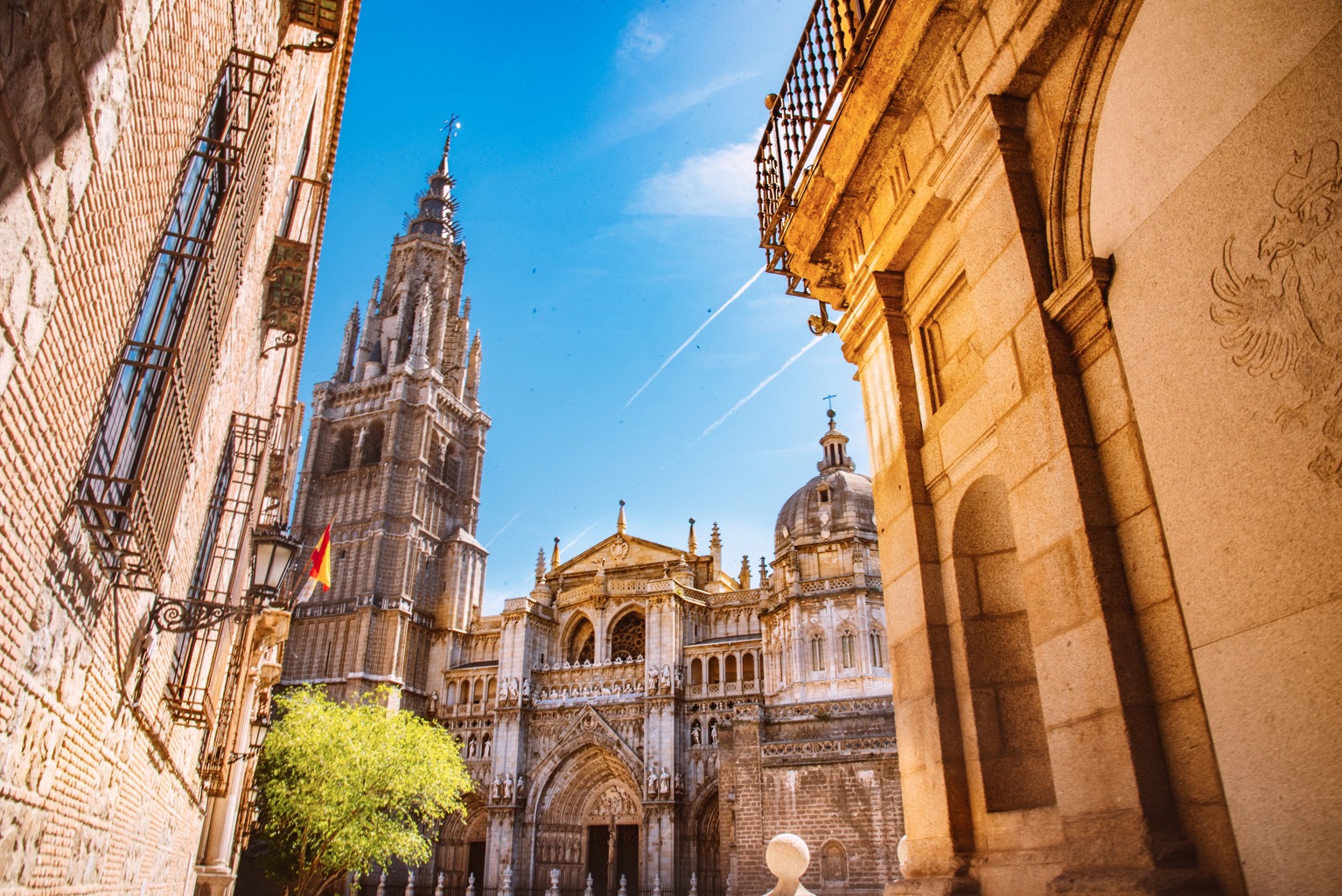 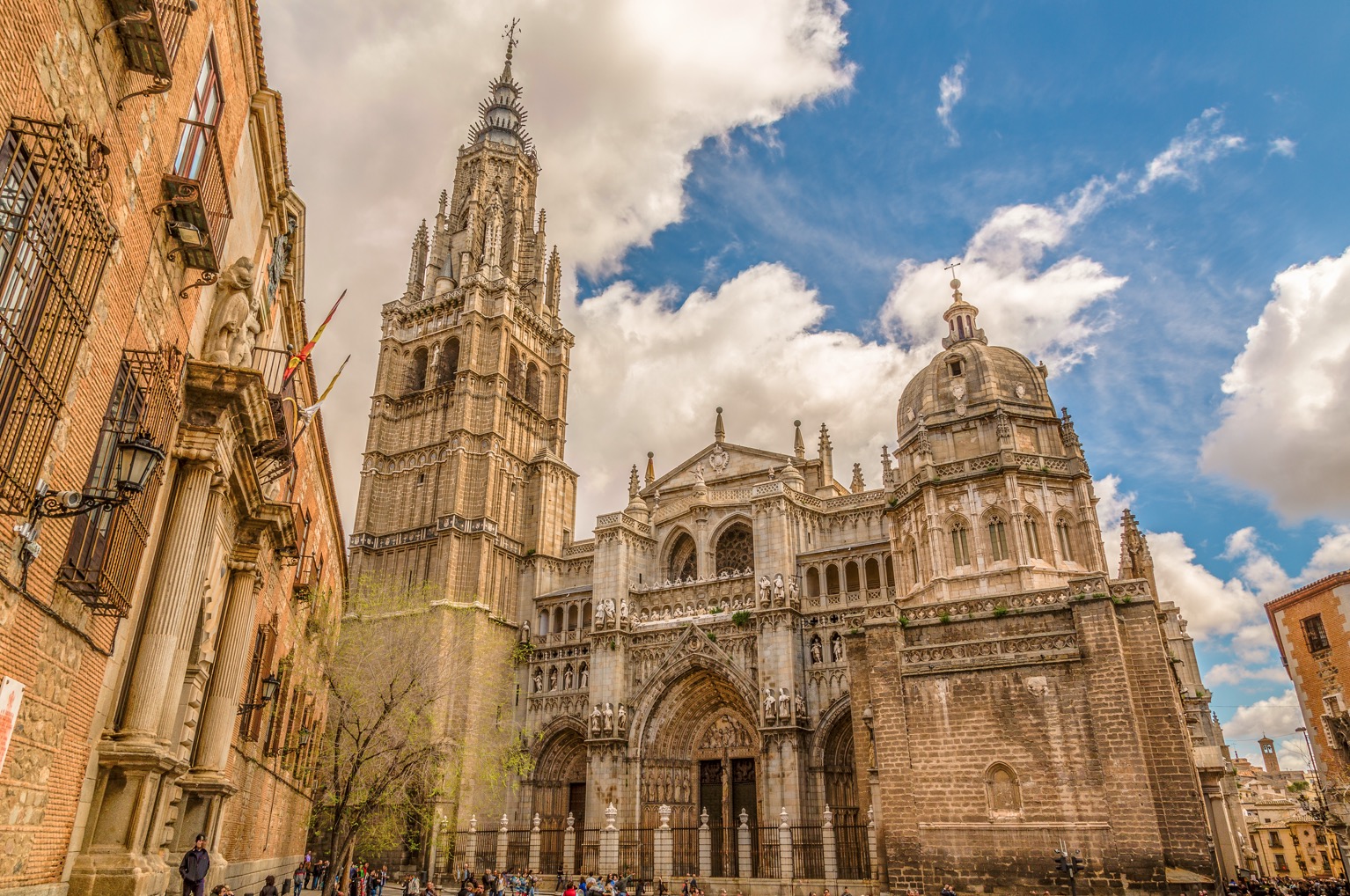 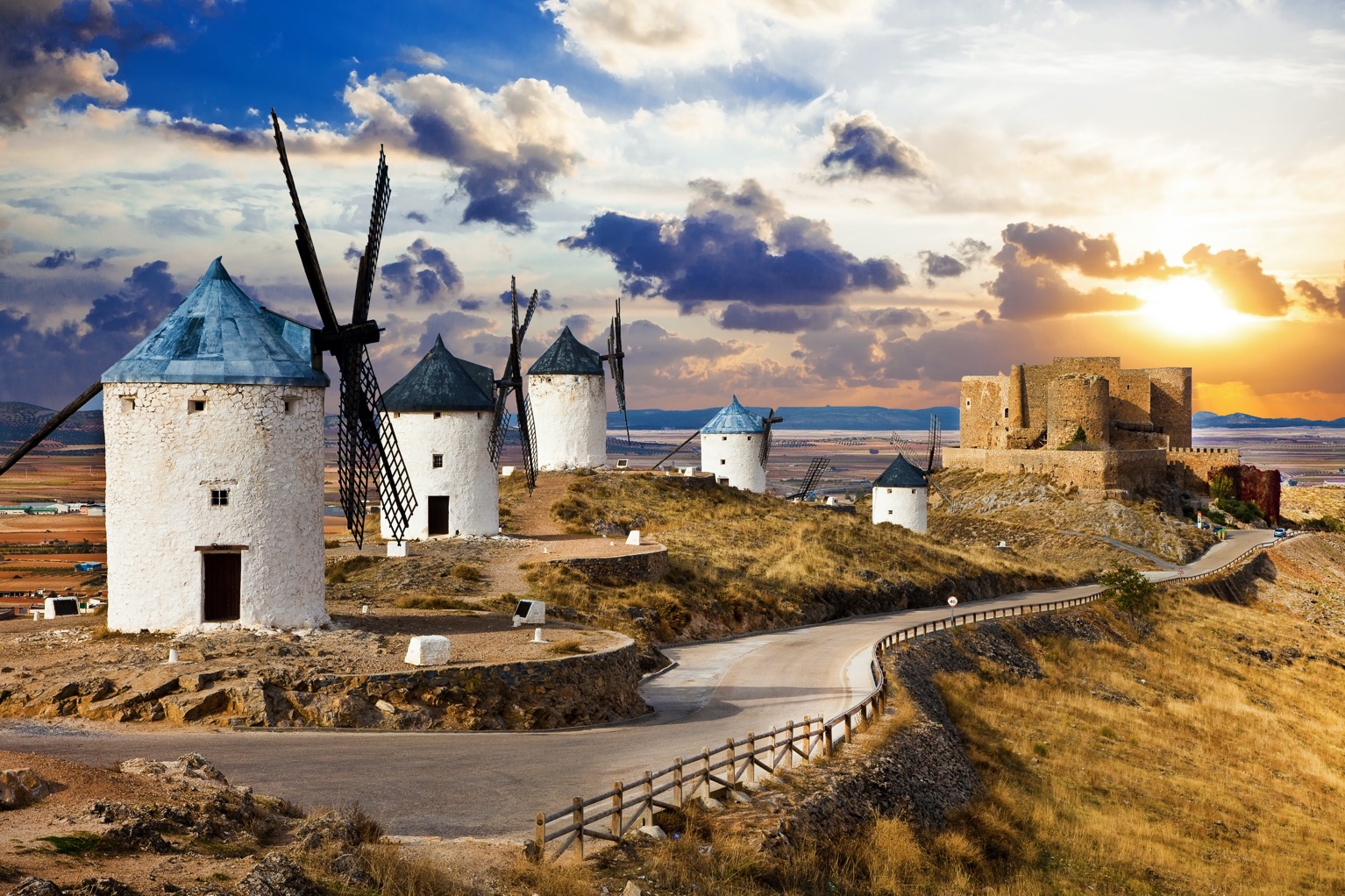 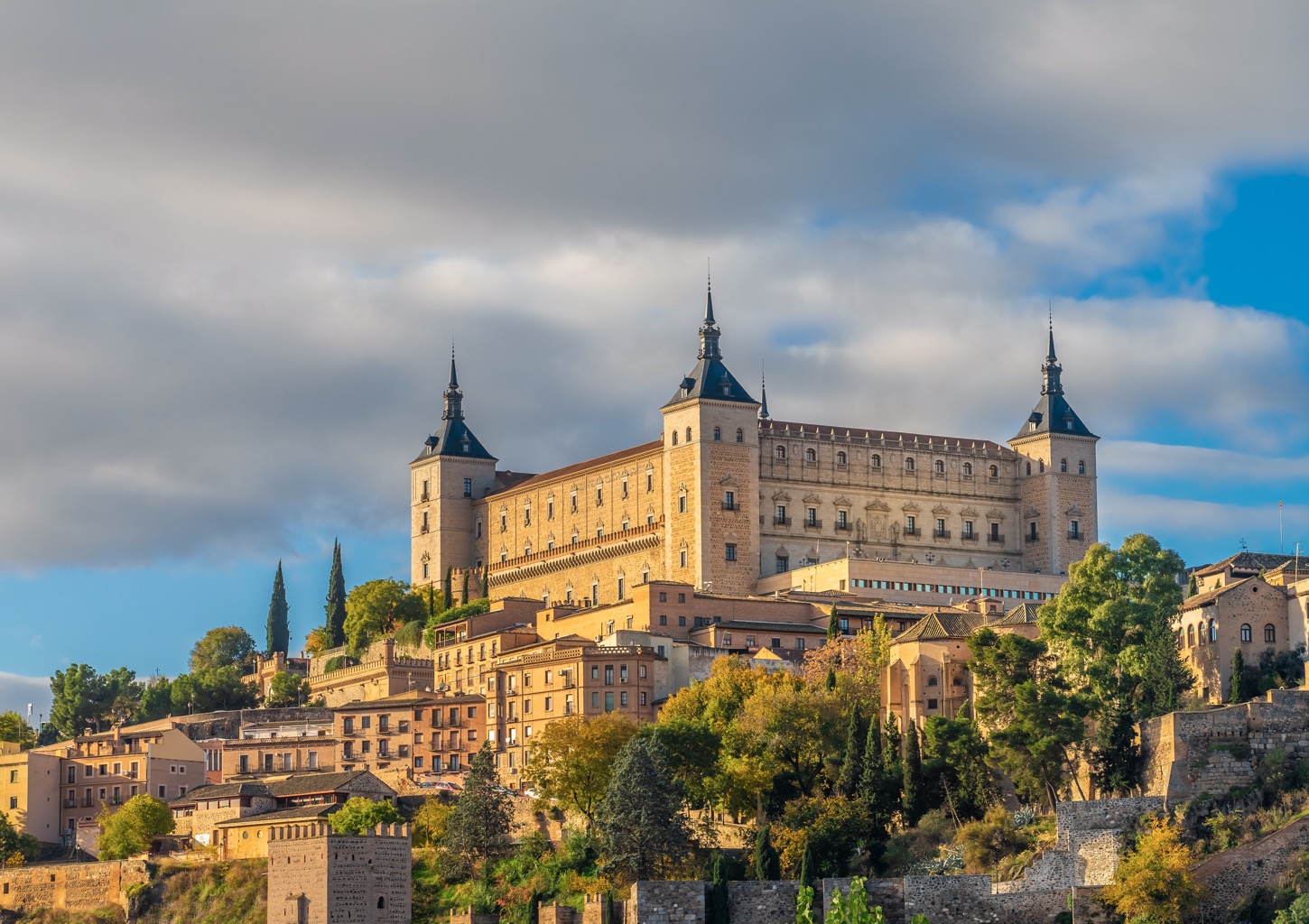 Entrance fees to Toledo Cathedral and to the Church of Santo Tomé.
Details
5 Hours
6 Max people per group 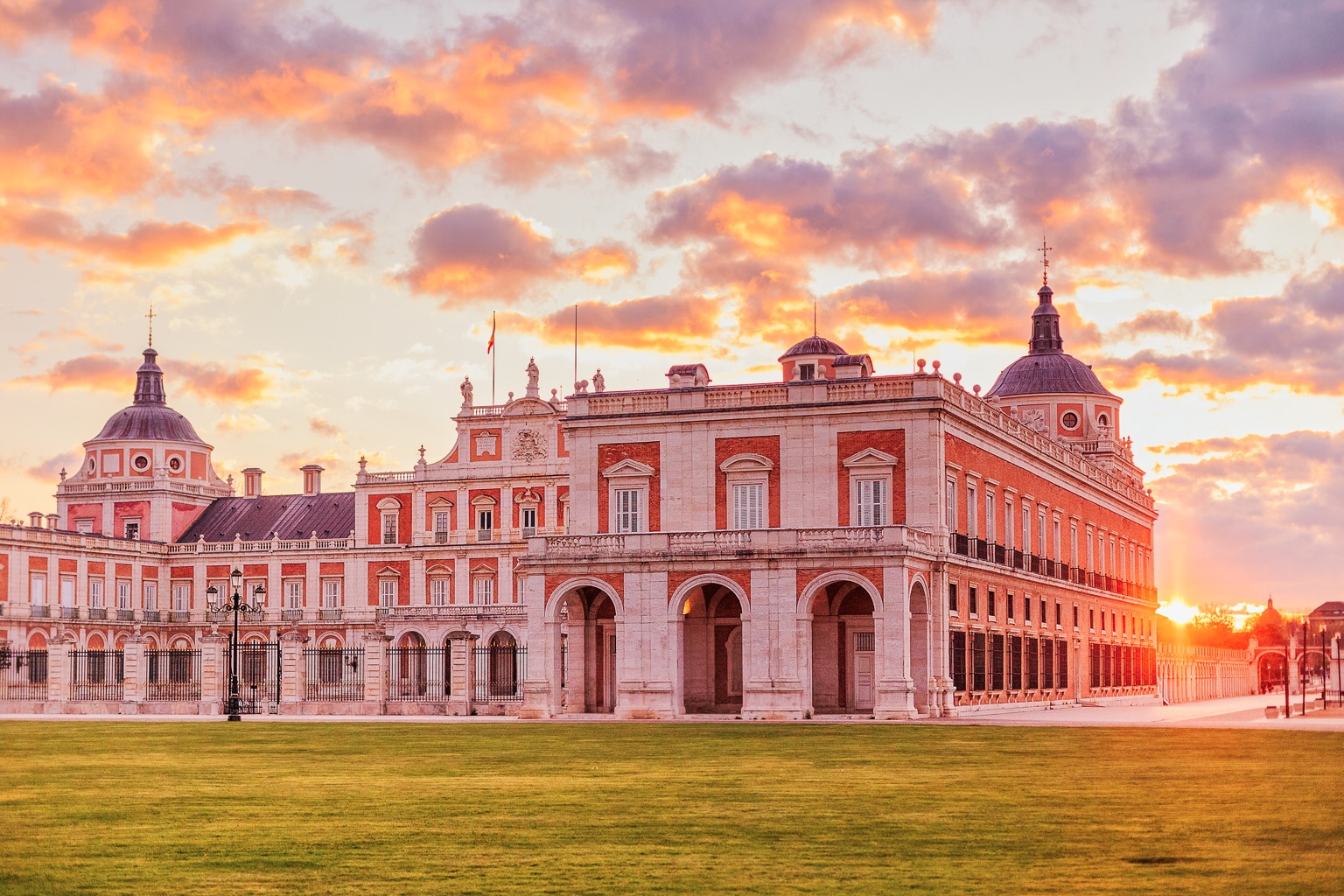 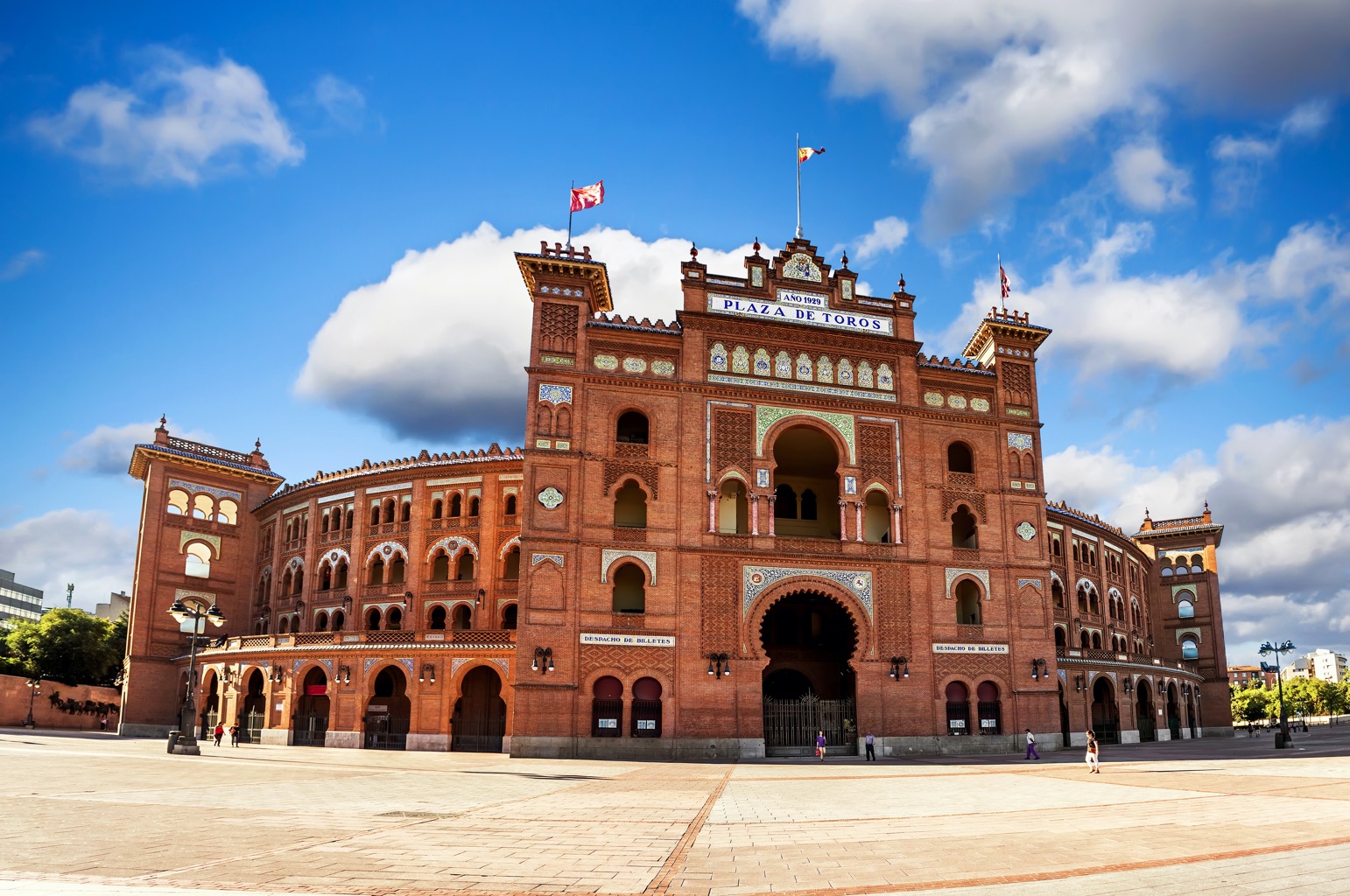 Madrid, a Hollywood film set
A tour of Madrid that will discover you the legacy of Hollywood, still present in the capital of Spain